‘Authorities should take action on attacks on journalists’ 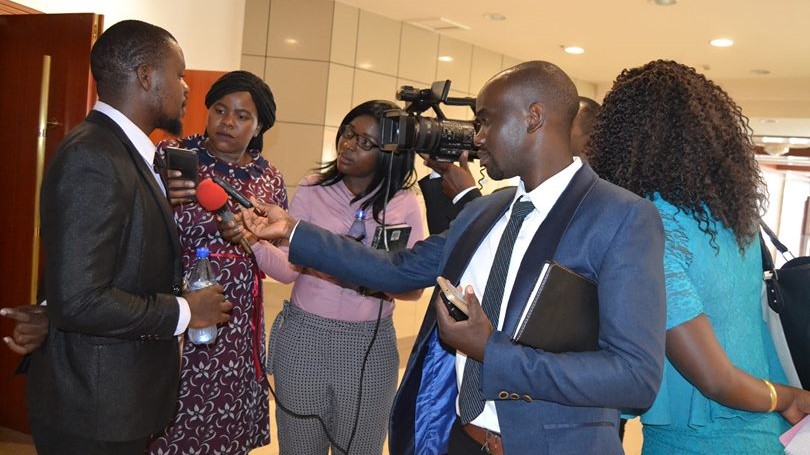 3 May, 2019
2018 registered the worst number of attacks on journalists by law enforcers and the cases are yet to be concluded and in some instances arrests made

As the world celebrates World Press Freedom Day today, MISA Malawi would like to call on authorities to take action on those that assault journalists for merely doing their job.

MISA Malawi would also like to appeal to journalists to be professional and to remain strong in promoting and defending democracy. Only a free, independent and professional media sector can effectively champion democracy and provide citizens with relevant information to make informed decisions.

The theme of the 2019 World Press Freedom Day ‘Media for Democracy: Journalism and Elections in Times of Disinformation,’ is timely for Malawi as the country goes to the polls in 18 days. This gives us the opportunity to reflect on the role that the media plays in supporting elections and democracy, especially in the face of increasing challenges of disinformation, declining trust in the news media and intimidation and attacks on journalists.

Attacks on journalists are retrogressive and can easily be construed as attempts to muzzle the media. On the occasion of World Press Freedom Day 2019, MISA Malawi would like to urge law enforcers to protect and not victimize and assault journalists. We also appeal to authorities to discipline and arrest those that attack journalists regardless of whether they are law enforcers or party loyalists.

MISA Malawi takes the 2019 WPFD as an opportunity to remind journalists and media houses to be accurate, independent and fair in their coverage of the polls and fight against fake news at all times.

MISA Malawi will celebrate the 2019 WPFD in the northern city of Mzuzu on Friday, May 3, and Saturday, May 4. The celebrations include a training on Data Journalism; Aerobics Session; Panel Discussion on Journalism, Elections and Disinformation’ and an awards ceremony.