Four to battle it out in Second Presidential Debate 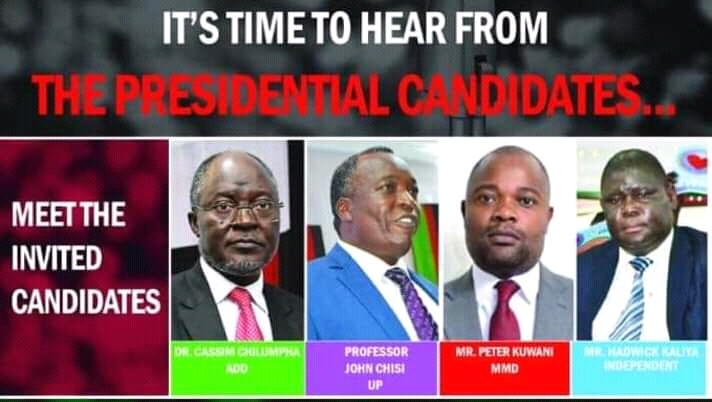 Malawi Presidential Debate 2019 Taskforce Chairperson Teresa Ndanga said all is set for the second debate which starts at 18:00 hours (6 pm in Malawi).

The third and last debate is scheduled for Friday, April 5, 2019. The debate will involve all 7 candidates.