Malawi police on 4 April 2022 raided the offices of Platform for Investigative Journalism (PIJ), where they arrested the outfit’s managing director Gregory Gondwe.

The police confiscated Gondwe’s computers and phones in what they described as a normal crime-busting exercise. The police also demanded that Gondwe release the names of his sources.

Nyasa Times reported that National Police publicist, James Kadadzera, confirmed the arrest, saying the investigative journalist was picked over a story published in relation to huge sums of money the Anti-Corruption Bureau reportedly paid to businessman, Zuneth Sattar, against the advice of the Attorney-General, Thabo Chakaka Nyirenda.

Gondwe was released a few hours later, without any charges being preferred against him. His gadgets have since been returned.

The Malawi Human Rights Commission has since indicated that it will investigate Gondwe’s arrest.

MISA is worried at the increasing number of arbitrary arrests of journalists in Malawi. Of particular concern to MISA is that the law enforcement agents demanded that Gondwe reveal his sources.

Malawi’s Access to Information Act protects the rights of whistleblowers and in this regard, the police should not have arrested Gondwe demanding him to reveal his sources.

Furthermore, MISA calls on the Malawian government to enact laws that have clauses that specifically protect journalists’ sources. This promotes transparency and accountability and enhances access to information.

For instance, Section 61 of the Zimbabwean Constitution protects the confidentiality of journalists’ sources of information.

MISA urges the MHRC to leave no stone unturned in investigating the circumstances leading to Gondwe’s arrest and all those implicated should be brought to book. 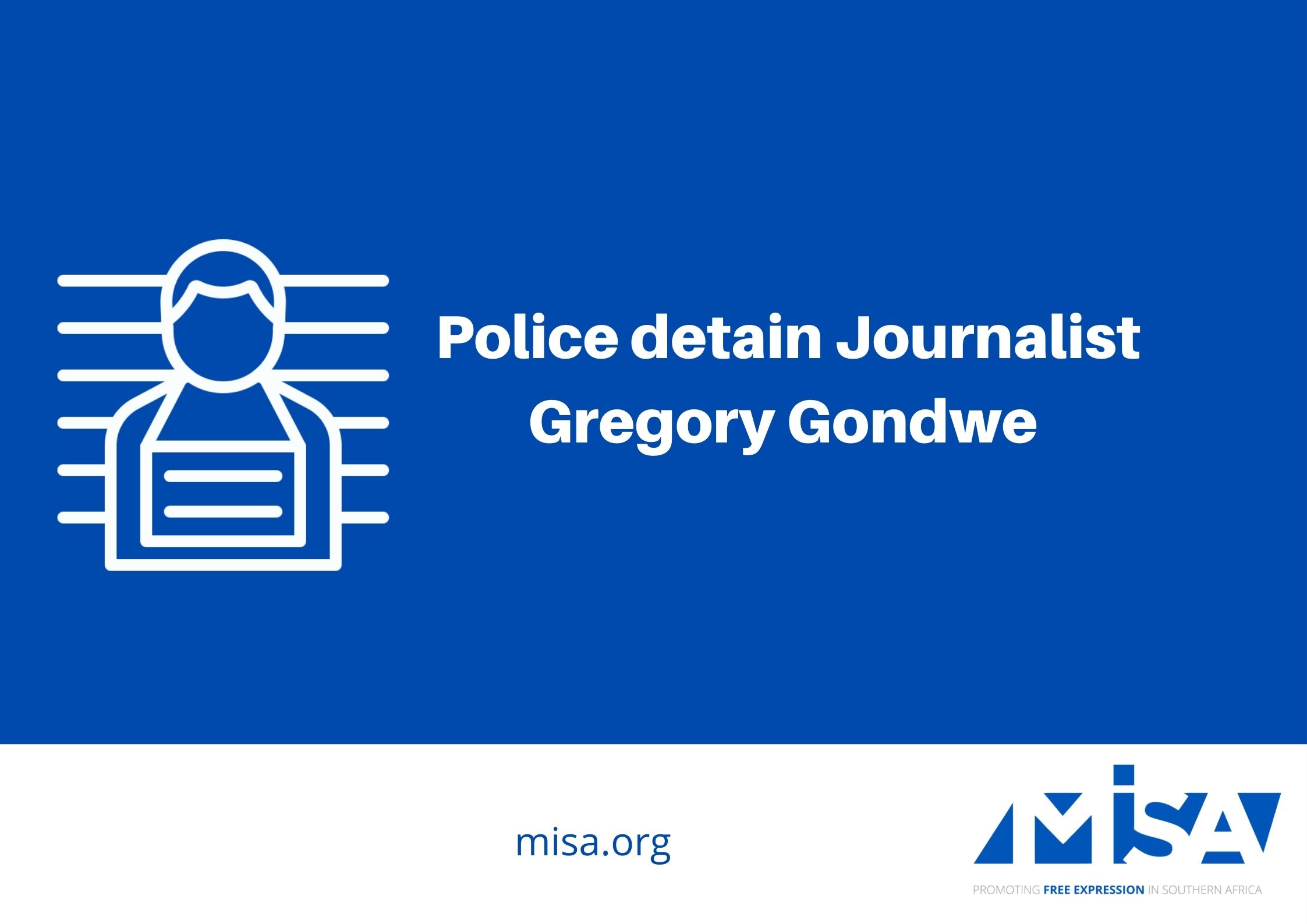