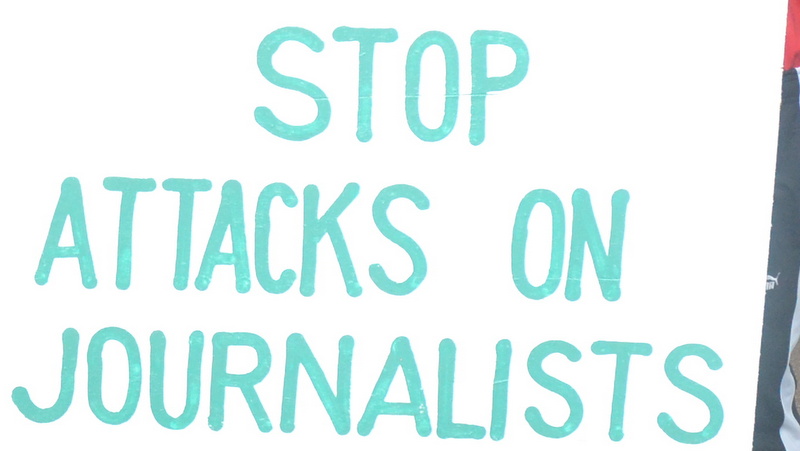 31 May, 2020
The trend is shameful, criminal and retrogressive as Malawi seeks to build on the gains of democratic rule.

MISA Malawi is concerned that journalists are increasingly becoming victims of political violence as the country prepares for the fresh Presidential Elections next month. The disturbing trend has prompted MISA to directly engage political party leaders from whom it seeks a commitment and action on ending political violence as well as commitment that they will do more in protecting journalists during and after the elections. MISA is also engaging the Malawi Police Service (MPS) to take serious steps in addressing the situation.

Journalists have in the past two days been caught in the crossfire of political violence in which some sustained injuries and others have lost property. They have suffered emotional trauma.

On Friday, May 29, 2020 thugs attacked a vehicle that Zodiak Broadcasting Station (ZBS) and Times Group reporters were travelling in during a Tonse Alliance running mate Saulos Chilima’s tour of Mulanje and Phalombe. Cameraperson Hezekiah Namonde of ZBS suffered hand injuries during the assault whilst reporters Emmanuel Chibwana of ZBS and Jameson Chauluka and Lazarus Nedi of Times Group escaped unhurt.

The mob, which has stolen Shumba’s money and broken Jali’s mobile phone threatened to torch Shumba.

This trend should not be left unchecked. It is shameful, criminal and retrogressive as Malawi seeks to build on the gains of democratic rule.

Malawi is slated to hold fresh Presidential Elections next month and the importance of access to accurate and credible information for Malawians during this period cannot be overemphasized. Malawians need information to make informed decisions and such information can only come from trusted sources, such as established media houses, who should also be on the ground or follow the campaign trail to accurately report on the electoral proceedings and campaign promises.

We therefore find the attack on the journalists not only a violation of media freedom but citizen’s right to know and effectively participate in the electoral process.

We call upon all political parties to ensure safety of journalists covering their political campaigns. We expect to hear messages of unity from our political leaders and not ones that justify any violence

We had also expected prompt arrests of perpetrators of this violence. The song for the need to arrest such criminals has been sang for far too long. Impunity cannot be tolerated in a democracy. We therefore reiterate our call that the police should not allow this to continue.

We would also like to remind journalists and media houses of the need to report in a manner that helps build the country. Media houses should also continue to assess risks before sending reporters on an assignment. We urge media houses to also take all precautionary measures that would guarantee the security of reporters. No story is bigger than the life of a journalist.