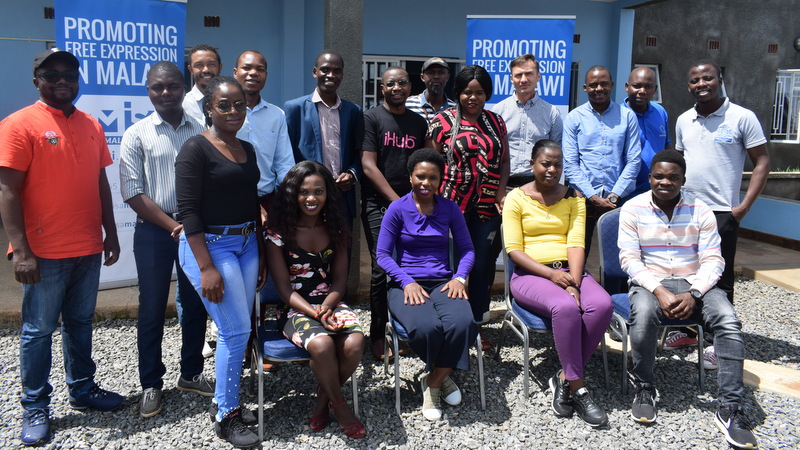 1 Feb, 2020
Investigative Journalism is one of five modules developed for the MISA Malawi Training Centre which was officially launched in October 2019.

Speaking when she opened a four-day investigative journalism training at Mtolankhani House in Lilongwe Saturday, MISA Malawi Chairperson Teresa Ndanga said Investigative Journalists are very important for democracy and social-economic development of any country and media outlets needed to invest more in the field to effectively operate as the watchdog of society.

“The Malawi media is doing a great job of keeping us updated on important national developments. But we need more in terms of in-depth reporting. This is an area that requires a lot of investment in terms of skilled human resource and money. Most of our journalists lack relevant skills and knowledge to effectively do their job,” Ndanga said.

She said the Investigative Journalism training the Chapter had organised was an opportunity for some journalists to acquire relevant skills and important tips in the trade.

“In most of the stories, journalists do not dig deep to get the truth. Knowledge and skills in investigative journalism will enable journalists to write stories that promote accountability, transparency and overall good governance in a country that is still grappling with corruption,” she said.

The training, organised with support from DW Akademie, Germany’s leading organisation for media development, has attracted 12 participants from different media outlets across the country.

Investigative Journalism is one of five modules developed for the MISA Malawi Training Centre which was officially launched in October 2019.