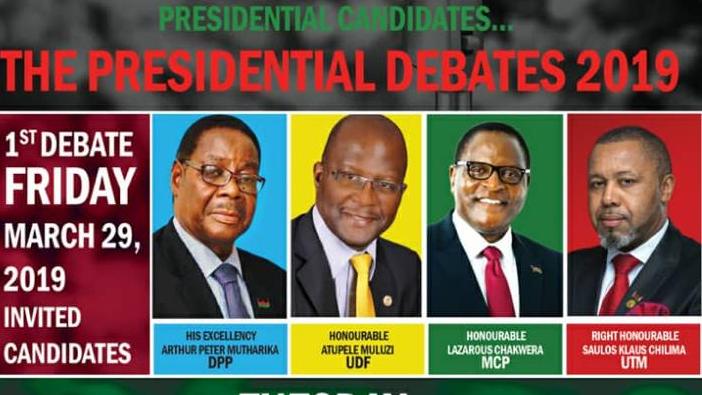 27 Mar, 2019
The third and final debate, slated for April 5, will involve all eight 2019 presidential candidates.

The March 29 debate is one of three presidential debates that the MISA Malawi-led 2019 Presidential Debates Taskforce has organised before Malawians go to polls on May 21, 2019.

The third and final debate, slated for April 5, will involve all eight 2019 presidential candidates.

“The taskforce has divided the candidates into groups to ensure quality debates as well as provide sufficient time for the candidates to outline their vision for Malawi and defend their policies and manifestos.

“Prior to their respective debates, all candidates will be asked to sign a pledge of non-violence,” 2019 Presidential Debates Taskforce Chairperson Teresa Ndanga said.