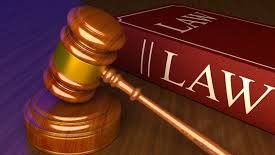 14 Jan, 2019
The first of a three-part series that focuses on digital rights and why it is important for Malawian society to get involved in the discussion.

Twenty-two years after the establishment of Malawi’s first Internet Service Provider (ISP), the country lags behind its regional neighbours in terms of the promotion and protection of digital rights mainly due to its legal and policy frameworks, which tend to treat the Internet as a luxury and therefore, a privilege of the few.

This is despite the fact that the United Nations (UN) declared access to the Internet a human right in 2016 . It is also becoming clear that the Internet influences the socioeconomic as well as political consequences of a country.

What are digital rights?

Digital rights enable and facilitate access to the Internet and all other forms of Internet based communications and tools. Conversations on digital rights in countries such as Malawi focus on issues around Internet affordability and availability of Internet coverage.

Digital rights are closely related to fundamental rights such as freedom of expression, access to information and privacy. This is because these rights enshrined in the United Nation’s 1948 Declaration for Human Rights now also find application online and are no longer restricted to the offline space.

In other words, digital rights such as affordable Internet allow for the enjoyment of for example, the right to free expression online.

These freedoms are threatened online due lack of accessible Internet, Internet shutdowns, content removal, website blocking and filtering, among other ways.

The issue of privacy has grown in importance in the recent years due to the increasing important of social media platforms in electoral processes; for example, the implication of Facebook and Cambridge Analytica in the last USA and Kenyan elections.

These are happening in absence of any data protection laws. This means that people’s data could easily be exploit and this not only violates people’s rights to privacy but it also creates a chilling effect in that people may not be able to express themselves freely even in the comfort of their ‘privacy’.

The rights to freedom of expression are becoming more important, as we increasingly conduct ourselves online. Data protection is a crucial digital right, which ensures that users’ data is protected from commercial and political exploitation. It is important that Internet users understand the importance of digital rights so that they may demand such freedoms from their governments.

Freedom of expression has emerged as one of the key issues online. In recent years, authoritarian leaders and states have resorted to Internet shutdowns and, most recently social network taxes in order to narrow the spectrum of acceptable opinion. So far, this has not been the case in Malawi, but the country needs to work on issues of privacy and protecting people’s data.

Privacy is enshrined in article 21(1) of the Republican Constitution; while articles 72, 73, and 74 of Electronic Transaction and Cyber Security Act of 2016 provides for data protection.

Yet, close analysis shows that this is not enough. The country needs a specific data protection law, especially since there has been a rise in personal data collection on a massive scale. This includes mandatory SIM Card registration as well as biometric national identity cards registration, which are also a key to electoral voter registration.

Similarly, national and multinational companies such as bank and telecommunication companies are also allowed to collect data of their own.

The importance of personal data and the risks associated with its manipulation are exemplified during the disputed 2016 elections in the USA. In that instance, it was believed that people’s personal data was used to influence the way people voted.

Government departments have Acts with stipulations on how to handle personal data, and most private institutions such as banks as telecommunication companies have data and privacy policies, but in the digital age, these measures are not enough and there remains a need for binding national laws.

Malawi therefore, needs to introduce adequate data protection laws before embarking on mass collection of personal data – it cannot be the other way round.

It is encouraging that the Malawi government through the then Minister of Information and Technology Nicholas Dausi announced in 2018 that it would introduce a Data Protection Act. The Minister said this is in response to the changing media and technological landscape. Government is encouraged to see these intentions through.

While doing a research on this issue, it became clear that the majority of Malawians do not fully understand the concept of privacy and the corresponding need to protect data from unjustified processing. One reason why digital rights remain an abstract concept for locals is the language barrier.

Digital rights concepts do not have the same meaning and connotations in local languages as they do in English. Privacy for example, privacy in one of Malawi’s main languages, Chichewa, could be translated as ‘kuchita zinthu mchibisibisi’, which roughly means doing things in secrecy.

It is important for local digital rights advocates and the media to come up with ways of discussing and explaining digital rights in ways that will be easy to understand for local community members. This education in digital rights cannot be done without the input and participation of the media. Such an educative and awareness raising campaign will ensure that the Malawi government or any other private entities do not take advantage of people’s lack of understanding on privacy and data protection laws.

This article was originally published in the Malawi Nation on January 14, 2019 with the support of MISA Malawi. Publication was made possible by DW Akademie, Germany’s leading organization for international media development.

It is the first of a three-part series that focuses on digital rights in Malawi.

The series will discuss digital rights such as data privacy, access to the Internet, and Internet affordability. The series aim to show why it is important for all parts of Malawian society to get involved in the discussion and promotion of digital rights.

Reporters Without Boundaries has released the 2022 World Press Freedom Index, which points to worrying signs for freedom of expression in Southern Africa, with a number of countries recording sharp declines. Botswana, long regarded as a bastion of democracy, saw a...