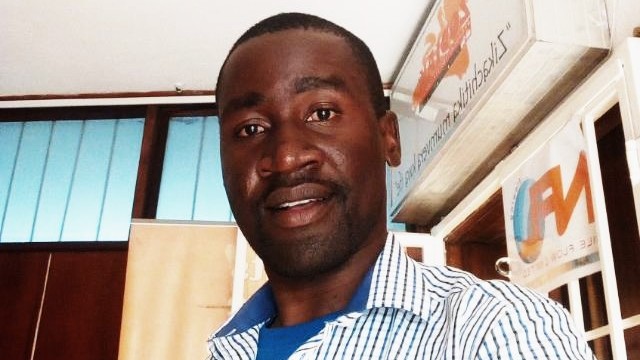 29 Nov, 2018
Guta was arrested for allegedly taking pictures of the Sheriffs’ confiscation of property belonging to Britam Insurance in Blantyre.

Media Institute of Southern Africa Malawi Chapter (MISA Malawi) is deeply saddened with the arrest and ill-treatment of journalist Alfred Guta by some officers from Sheriffs of Malawi for allegedly taking pictures of the Sheriffs’ confiscation of property belonging to Britam Insurance in Blantyre.

In the afternoon of Wednesday, November 28, 2018, Sheriffs from the High Court in Blantyre handcuffed Guta, who works for privately-owned Zodiak Broadcasting Station (ZBS), and forced him to delete the pictures of their operation.

Guta was released without any charge. About 10 officers were involved in forcing Guta to delete the pictures.

“Sheriffs were confiscating goods from Britam Insurance Company. They arrested me for taking pictures in the operation. They forced me to delete the pictures saying I was not supposed to cover the operation.

“My bosses came to my rescue in time. Honestly, I feel so disturbed because I didn’t commit any crime to warrant such a treatment. There is no law in Malawi that bars journalists from taking pictures of events happening in public,” Guta said in an interview with MISA Malawi Wednesday, November 28, 2018.

According to ZBS Blantyre Bureau Chief Steve Zimba, the leader of the Sheriffs in the exercise, a Mr Cheha, intimidated the ZBS crew that was on the scene to find out what was happening.

MISA Malawi demands that the Judiciary officials should take action on officers behind such acts. The matter should be investigated and the culprits brought to book.

We condemn such ill-treatment of a journalist, who was just performing his duties of gathering information for the general public and he committed no crime. We urge all officers both in private and public sector to regard journalism as a noble service and not a crime.

We would like to appeal to the Sheriffs to always behave in a mature and professional manner and to avoid arresting and forcing journalists to delete the gathered information for merely doing their job.