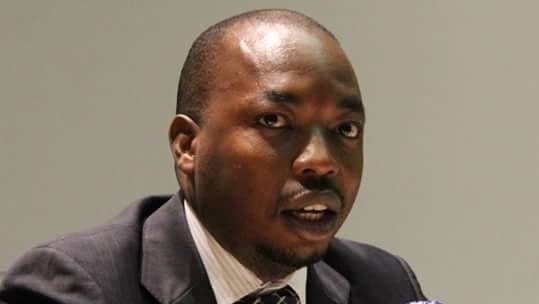 3 Jul, 2018
MISA Malawi is concerned with continued assault of journalists following reports that journalist Idriss Nassah was accosted at Shoprite in Blantyre.

The Malawi Chapter of the Media Institute of Southern Africa (MISA Malawi) is concerned with reports that unknown people accosted journalist Idriss Nassah (pictured above) at Shoprite in Blantyre yesterday, July 2, 2018.

This has happened barely a few days after unknown assailants harassed Times Journalist Sam Banda Junior in the line of duty as he was conducting an interview with musician Skeffa Chimoto, smashing his camera in the process. Banda believes he was attacked because his assailants thought he was taking pictures as they (his attackers) were assaulting a drunk at the Chimoto show.

On his assault, Nassah told MISA Malawi that about 5 people surrounded him, shouting, pulling his shirt and grabbing him by the belt of his trousers.

“I have no idea who they are. One of them was quite aggressive in my face saying…we were giving President Peter Mutharika a hard time. I was lucky to escape with only a torn shirt,” Nassah said.

From the statements made by the assailants during the attack, MISA Malawi believes the harassment was by the President’s supporters, many of whom were attending the Democratic Progressive Party (DPP) convention which was taking place less than 500 metres away.

MISA Malawi considers such actions barbaric and aimed at silencing critical voices. Such acts also tarnish the image of the country and lower the country’s ranking in promoting media freedom and freedom of expression.

Considering the trend we have seen on attacks on not only journalists but also people’s freedom of expression, MISA Malawi would like to call upon President Peter Mutharika, who upon his election swore to protect the Malawi constitution, to publicly condemn such attacks on constitutionally enshrined freedoms and rights.