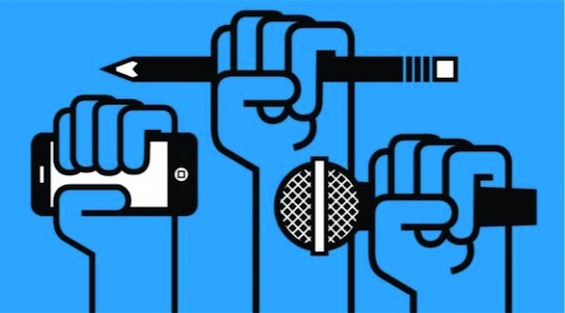 30 Jan, 2018
MISA Malawi condemns the attack on reporters from Malawi Broadcasting Corporation who were taking aerial visuals in Lilongwe.

The Malawi Chapter of the Media Institute of Southern Africa (MISA Malawi) would like to condemn the action of Malawi Congress Party (MCP) supporters for attacking reporters from Malawi Broadcasting Corporation (MBC) who had been assigned to take aerial visuals of City Centre in the Capital Lilongwe on Sunday, January 28.

Reports indicate that MBC crew Prince Donda and Elias Chauluka were taking aerial visuals of the City Centre using a drone when MCP supporters attacked the crew on suspicion that they were filming an MCP National Executive (NEC) meeting which was allegedly underway at the MCP offices in the area.

The crew managed to escape without injuries but the drone is apparently with the MCP supporters.

Lingadzi Police Station Public Relations Officer Foster Benjamin confirmed the development to MISA Malawi Monday, January 29 saying the law enforcers were overpowered when they tried to retrieve the drone. He said the police are still investigating the matter.

MISA Malawi would like to remind people that according to Section 36 of the Malawi Constitution the ‘media has a right to report within Malawi and abroad and to be accorded the fullest possible facilities for access to information.’ We believe taking footage of the City Centre or even coverage of the MCP meeting is no exception.

The MBC crew clearly failed to do their work because of the conduct of the MCP supporters.

The supporters created a hostile atmosphere for the journalists to undertake their assignment. The conduct of the MCP supporters was not only an interference with the work of the media but also a threat to the lives of the crew.

We would however like to call upon MCP authorities and leadership to arrange for the return of the drone and ensure that the matter is investigated and the culprits disciplined. MCP should also take measures to prevent any future attack on the media.

Attacking reporters and treating them as criminals is barbaric and retrogressive. MISA Malawi would like to caution the general public against any form of attack on journalists in their line of duty. Journalists have a responsibility to report and inform Malawians on developments in the country. Any form of attack on journalists is an infringement on not just the media’s right to gather and report but also citizens’ right to know.

In the same vein we would like to call upon all media outlets and practitioners to be professional and impartial in their work. Only a professional media sector can safeguard our nascent democracy and facilitate socio-economic development of our country.